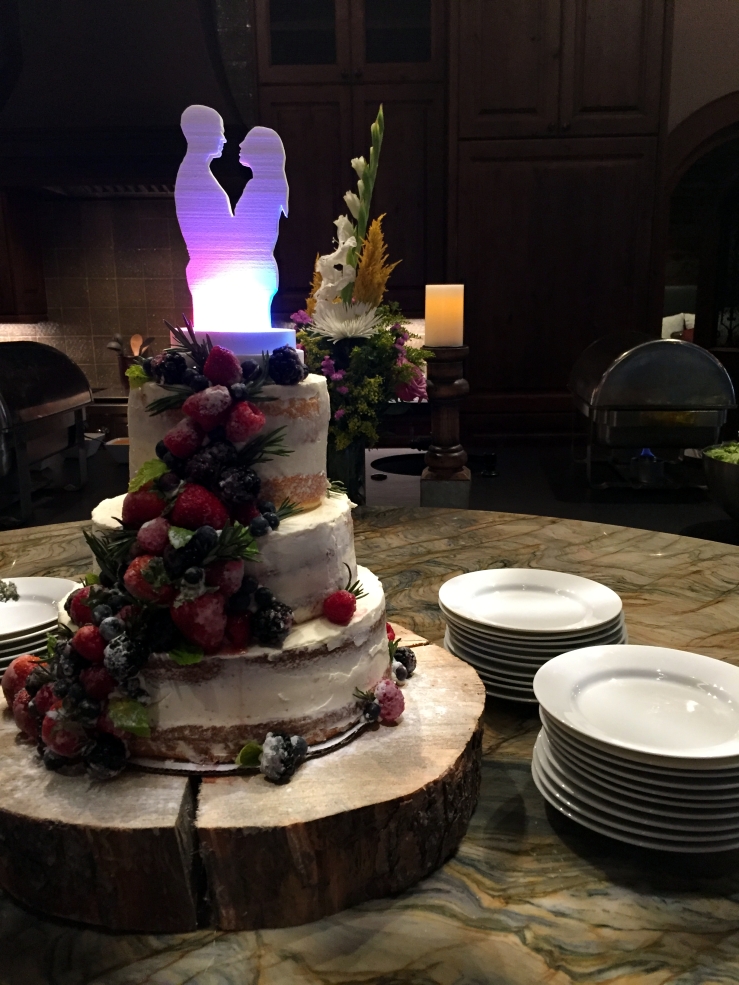 This cake topper was done for some good friends of mine.  The sculpture was an image imported into fusion 360 and traced out for a simple extrude. The cake topper is a sculpture lit by LEDs in the base.

I really wanted the matte/layered look of a nylon sintered 3d print so I had the model made at Shapeways after a test print on my personal printer.

The internals are an arduino and a credit card sized power bank.  The power bank has a capacity of 1,650 mAh.  I desoldered the blue LED indicators on the battery bank PCB so they wouldn’t interfere with the actual LEDs. 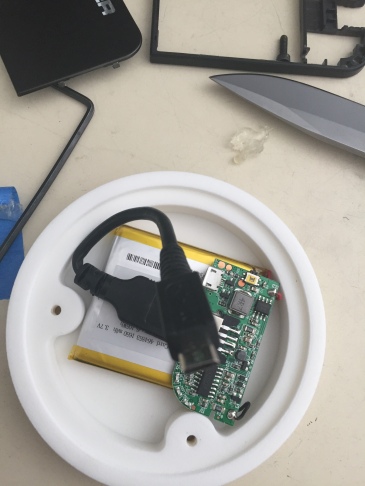 The LEDs can draw up to 960mA (60 mA per LED * 8 per bar * 2 bars).  With a 1,650mAh capacity, worst case the battery should last 1.7 hours.  Turns out the LEDs are about two times brighter than necessary so the overall battery life is about four hours. 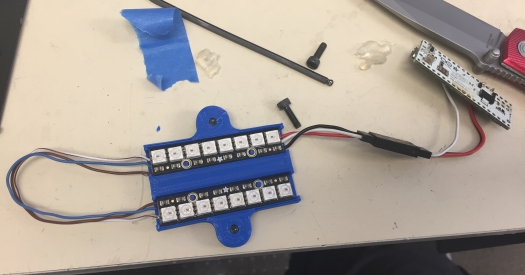 I used the Neopixel library from Adafruit to handle all the communications.  I wanted the pixels to walk the color wheel (on opposite ends) and fade to white in the center.  The bulk of the work is done by two state machines, and the results are copied to the other LEDs.

At first I had the colors fade to white in the center, but it looked better to have the outer two LEDs the same and the middle LEDs white.

After the code was finished I cleaned up the wiring a bit and drew up/printed a carrying case for the trip to Colorado.

Source code and solid files can be found on my github